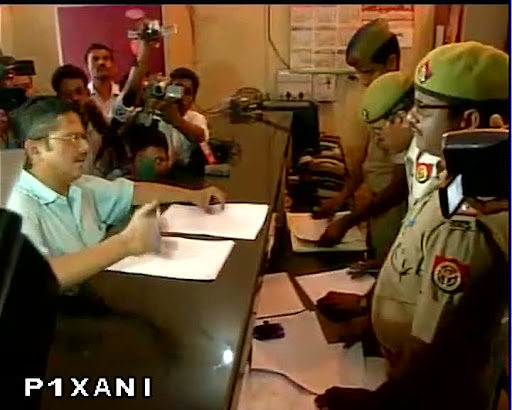 ANI ‏@ANI_news6h6 hours ago Lucknow: Amitabh Thakur (IPS) files complaint against Mulayam Singh Yadav at Hazratganj Police Station
Post a Comment
Read more
July 11, 2015
Eurozone ministers to decide on Greece bailoutEurozone Finance Chiefs are gathering in Brussels for a meeting that could decide whether new Greek proposals are sufficient to secure a third bailout and prevent a possible eurozone exit. Greece’s Parliament overnight backed Prime Minister Alexis Tsipras’s new package. But he faced anger from some in his own party for proposing measures that were rejected in a referendum last Sunday. Some creditors gave an initially positive reaction to the plans but a bailout agreement is far from certain. The creditors – the European Commission, European Central Bank and International Monetary Fund – have sent a first joint assessment to the Eurozone Ministers. Greece is asking creditors for 59.47 billion dollars to cover Greece’s debts until 2018, but the amount of the new bailout could reach 74 billion euros, as Greece is seeking a restructuring of its massive debt, which it says is unsustainable.
Post a Comment
Read more
July 11, 2015 Myanmar go to the polls on 8 NovemberJULY 11, 2015
Myanmar’s opposition leader Aung San Suu Kyi
Myanmar will go to the polls on 8 November in its first open general election in 25 years, officials say.
The vote is seen as a crucial next stage in steps towards full democracy.Myanmar’s opposition leader Aung San Suu Kyi has said the National League for Democracy will contest polls set for Nov 8. “We have decided to take part in the election,” Suu Kyi told reporters at a press conference at her residence in the capital Nay Pyi Taw, vowing the party would “amend the constitution” that bars her from the presidency if it wins the polls.The Reform in Myanmar has been under way since 2010 when military rule was replaced by a military-backed civilian government.
Post a Comment
Read more
July 11, 2015
Super typhoon Chan-hom
Super typhoon Chan-homSuper typhoon Chan-hom progressed towards Shanghai prompting evacuation of more than 8 lakh people in eastern China.After lashing Japan’s Okinawa island chain and Taiwan, Super typhoon Chan-hom progressed towards Shanghai prompting the evacuation of more than 8 lakh people in eastern China. China’s National Meterological Centre, NMC, says the powerful storm could be the strongest typhoon to strike Zhejiang province, since 1949. The storm left five people dead in the Philippines earlier this week and injured more than 20 people in Japan Friday. It was 235 kilometres southwest of Zhenjiang province early morning today and continued to gain pace as it travelled towards land, the NMC said.
Post a Comment
Read more
July 11, 2015

The Greek government has submitted economic reform proposals to try to secure a further bailout from its creditors. Eurozone officials say, head of the 19-member Eurozone group of finance ministers confirmed that they received the plan last night just two hours before a midnight deadline. They will now study it ahead of EU meetings at the weekend. Greek media say, the measures include tax hikes, pension reforms, privatisation and spending cuts. Greece needs a third bailout to avoid a default and a possible Euro exit. Today, the Greek parliament will vote on Prime Minister’s proposals. The plan will be then considered by Eurozone finance ministers tomorrow and by EU leaders at a summit in Brussels a day after tomorrow.
Post a Comment
Read more
July 10, 2015

Prime Minister's Office
The Prime Minister, Shri Narendra Modi meeting the Prime Minister of Pakistan, Mr. Nawaz Sharif, on the sidelines of the SCO Summit, in Ufa, Russia on July 10, 2015. Posted by Naresh Kumar Sagarat Friday, July 10, 2015No comments: Indiaprojected to grow at 7.5% for 2015 and 2016 : IMF
According to IMF’s World Economic Outlook (WEO), global growth projection in 2015 is projected to be marginally lower than in 2014, with a gradual pickup in advanced economies and a slowdown in emerging market and developing economies. However the global growth is expected to strengthen in 2016.