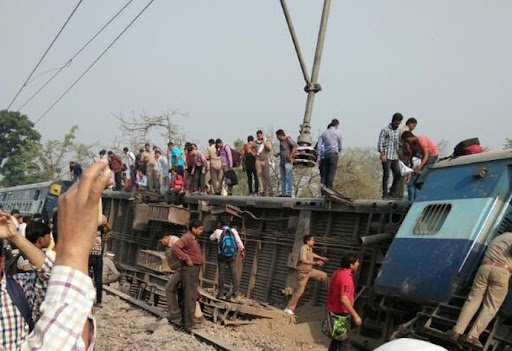 80 TERRORISTS KILLED 10KG,BOMB OF BOMB IN AFGHANISTANPosted on April 15, 2017 With two reports one from Afghanistan and another from US has reported the loss of life nearly one hundred of terrorist. An Afghan official has said that more than 80 terrorists were killed when US military aircraft dropped Massive Ordinance Air Blast (MOAB) bomb in Afghanistan in Thursday. Attaullah Khogyani, a spokesman for the Nangarhar provincial governor’s office said that at least 82 terrorists were killed as a result of the bomb strike. US military aircraft dropped the 22,000-pound MOAB, nicknamed the Mother of All Bombs in Afghanistan’s Nangarhar Province. MOAB is the largest non-nuclear bomb in the US arsenal. Earlier yesterday, an Afghan Defense Ministry spokesperson had said that at least 36 terrorists of Islamic State group were killed in the US bomb attack. According to Washington, the MOAB was dropped to destroy a system of underground tunnels and caves in Nangarhar, used by IS terrorists. The …
Post a Comment
Read more
April 14, 2017

“VELVET PAINTINGS-WALL TAPESTRIES” BY NOEMI SZEREDI AMBRUS,Posted on April 14, 2017 Dear Friends, We are pleased to invite you to a unique textile exhibition titled “Velvet Paintings-Wall Tapestries” by Noemi Szeredi Ambrus, textile artist from Hungary. The exhibition will be inaugurated by Mr. SK Jha, Direc”Veltor, Crafts Museum, Delhi on Tuesday, 18th April 2017 at 6 pm at 1/A Janpath. Please find under the invite for the same. With kind regards, —————————— —– HARLEEN AHLUWALIA Senior PR & Marketing Officer Leave a commentEdit"“Velvet Paintings-Wall Tapestries” by Noemi Szeredi Ambrus,"ANAND KUMAR AS BSP VICE-PRESIDENTPosted on April 14, 2017 Bahujan Samaj Party Supremo Mayawati today appointed her brother Anand Kumar as the party-Vice President. The official announcement regarding this was made during a party function held on the occasion of birth anniversary of BR Ambedkar in Lucknow. He has not even been a primary member of the BSP but has been empowered by the party c…
Post a Comment
Read more
More posts