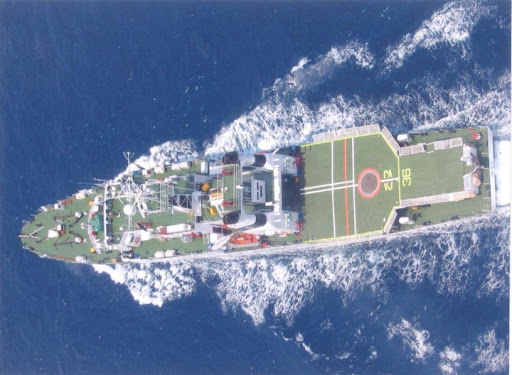 COAST GUARD SHIP DECOMMISSIONEDAUGUST 24, 2017LEAVE A COMMENTON COAST GUARD SHIP DECOMMISSIONED
As the sun disappeared over the horizon on 23 Aug 2017, in a traditional military ceremony held at Kochi, Indian Coast Guard Ship Varuna was decommissioned with full armed forces honours. The ceremony was presided over by IG KR Nautiyal, PTM, TM, Commander Coast Guard Region (West). Various civil and military dignitaries besides previous Commanding Officers and crew of the vessels graced the occasion.
During the ceremony, an impressive Guard of Honour was paraded and with sunset the Coast Guard Ensign was hauled down on the ship for the last time. Soon after ‘Decommissioning Pennant’ which is equal to the length of the ship was lowered. The ship has been flying the National Flag and Coast Guard Ensign with great pride and honor during her illustrious career spanning about 30 years of commission. ICGS Varuna was fourth of its series, known as Offshore Patrol Vessel (OPV) and built by Mazagaon …
Post a Comment
Read more
More posts