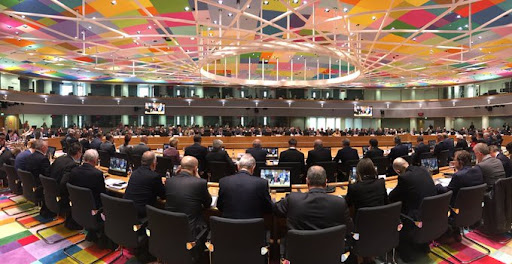 The Big centre-right and centre-left blocs in the EU Parliament have lost their combined majority blocs will need to seek new alliances. increase in support for liberals, the Greens and nationalists. liberals, Greens rejoice, nationalists victorious in Italy, France and UK. Brexit Party dominates in UK as Tories and Labour suffer.
The centre-right European People's Party (EPP) remains the largest bloc and analysts say it is likely to form a grand coalition with the Socialists and Democrats bloc, with support from liberals and the Greens. Reports BBC
Post a Comment
Read more
May 27, 2019

TRADE & INDUSTRY REJOICE VICTORY OF BJP & NDA IN POLLS
TRADERS POLL SURVEY STANDS MOST ACCURATE
The Confederation of All India Traders (CAIT) has complimented Prime Minister Shri Narendra Modi and BJP President Amit Shah for the fabulous and unprecedented victory of BJP & NDA in the polls and said that massive victory has made PM Modi  emerged as a strongest leader of the Country after a great time. CAIT Secretary General Mr. Praveen Khandelwal while complimenting the Prime Minister and Mr. Amit Shah said that traders have played a major role in the victory of BJP as traders across Country along with their employees as a consolidate vote bank vote and support the BJP and its allies. Among all poll surveys, the poll survey of CAIT was found to be most accurate. The CAIT on the basis of a national survey conducted among traders and their consumers predicted 290 seats For BJP & 50 seats for NDA allies. at May 27, 2019No comments: Email ThisBlogThis!Share to TwitterShare to Fac…
Post a Comment
Read more
More posts