In Indonesia, two lakh people have been evacuated from their homes on the main island of Java after two volcanic eruptions shook Mount Kelud. Volcanic debris have erupted from the peak blanketing towns and villages across a wide area of eastern Java with up to 5 centimetres of ash. Three major airports were forced to shut down because of low visibility. There are also fears that debris could damage aircraft engines.  Local media reported two people were killed when parts of their homes collapsed
Edit : Edit
Comments : Leave a Comment » 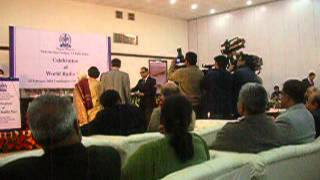