Group C employees not under the ombudsman

World News
Group C employees not under the ombudsman

03.12.2011 04:03:14 - Nksagar-Sagar Media Inc:New Delhi/Ralegan Siddhi: Ombudsman which is sovereign and autonomous authority,the nation in India we are fighting to link it with system and adding its authority from the system and system C employees or judiciary or PM is immune to this Lokpal.What a great wisdom. Anna Hazare on Friday alleged, babbling that Congress is on U-turn on contentious issues of lower bureaucracy and CBI in Lokpal.This is under Rahul Gandhi’s instructions and claimed that the government was delaying resolution of FDI issue to avoid passing Jan Lokpal Bill in the Winter Session of Parliament.

(live-PR.com) - Anna Hazare launched attack on the government accusing of dishonouring an assurance given by Parliament and later by Prime Minister Manmohan Singh that lower bureaucracy, Citizen’s Charter and setting up Lokayuktas through a central law would be included in Lokpal.“I think there is no coord…
Post a Comment
Read more 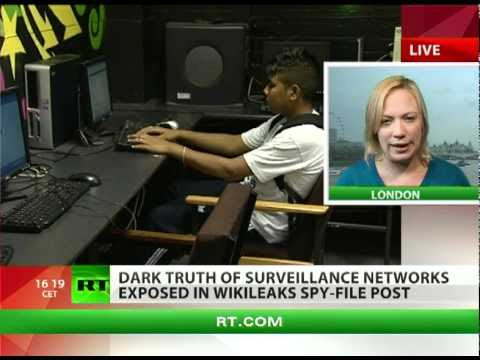 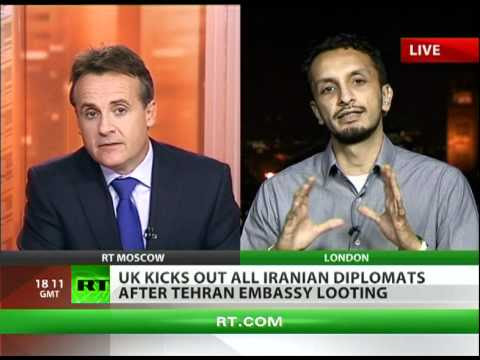 Diplomatic Kicking:
Britain has ordered the closure of the Iranian embassy in London and the expulsion of its staff, after the UK decided to evacuate its own diplomats from the Islamic state's capital. Norway has also closed its embassy in Tehran, with Germany and France recalling their ambassadors from the country. The moves come after militant students stormed the UK compound in Tehran. Hundreds of hard-line protesters massed outside the buildings before pelting the gates and windows with petrol bombs, burning British flags and an embassy vehicle. The attack came after Iran decided to reduce diplomatic relations with the UK following its decision to impose further sanctions on Tehran. To get some analysis and opinion on the situation RT's joined by Middle East expert and journalist Sukant Chandan.
Post a Comment
Read more

Govt to fix quota for backward Muslims within OBC soon

The government will soon take a decision on fixing a quota for Muslims within the 27 per cent quota fixed for Other Backward Classes (OBCs), Law Minister Salman Khurshid said.
"Of the 27 per cent OBC quota in educational jobs, the government is examining to fix a quota for backward Muslims," he told reporters outside Parliament.
Khurshid said the decision on fixing a quota for backward Muslims within the OBC quota would be taken "soonest", but refused to give a timeline.
The decision is likely to be taken by the government in view of the Assembly polls in UP which has a sizeable population of Muslims.
The Law Minister said, "We have now reached two-and-a-half years of our term in Parliament. Therefore, whatever we have promised, now we have to start ticking that we have now fulfilled our promises. The decision will now come up before the Cabinet soonest."
He said the issue has been on the government's agenda for the last two years and a dec…
Post a Comment
Read more 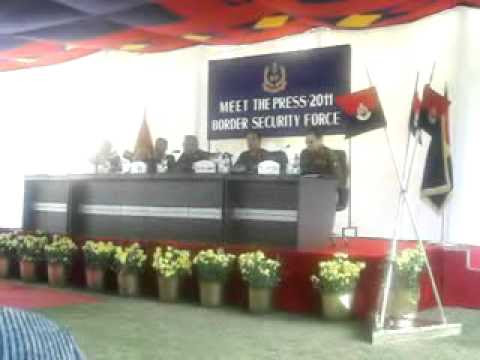 (live-PR.com) - Subramanian Swamy,the chief of Action Committee Against Corruption in India (ACACI), met Director AP Singh in the morning in Delhi with his complaint, demanding registration of cases.Singh assured him that his complaint would be "examined" and action would be taken if it came under CBI's domain.

"Subramanian Swamy had requested a meeting with Director, CBI today. He handed over a complaint
regarding alleged illegal bank accounts of Indians abroad. The Director told him this will be examined and acted upon if CBI has jurisdiction," CBI spokesperson Dharini Mishra said.

November 28, 2011
Opposition planning to attack govt in Parliament on FDI in brand retail-After the washout of the Winter Session's first week over issues such as price rise and black money, the opposition is gearing up to corner government in Parliament on its decision to allow FDI in retail.

Key NDA ally JD(U) has given a notice of an adjournment motion in Lok Sabha on Monday and efforts are on for floor coordination among opposition parties including BJP, the Left, AIADMK, besides those supporting UPA such as BSP and SP.Opposition sources maintained the aim was to bring even UPA allies like Trinamool Congress and DMK on board. These parties have already expressed their opposition to the government decision on FDI.

NDA Convener Sharad Yadav claimed that the entire opposition will remain united on this issue in Parliament."Parliament will not run at the cost of people. This decision of government will render crores of small business and vendors unemployed and destroy the unique village econom…
Post a Comment
Read more

November 27, 2011
Ustad Sultan Khan passes away
Sarangi maestro and classical singer Ustad Sultan Khan, the soulful voice behind hits like ‘Piya basanti’ and ‘Albela sajan aayo re’, passed away in Mumbai on Sunday after prolonged illness.The Padma Bhushan awardee, 71, who hailed from a family of sarangi players in Jodhpur, was on dialysis for some time, family sources said on Sunday.His funeral will take place in Jodhpur on Monday.

Credited for reviving sarangi, Khan is famous for his extraordinary control over the instrument and his husky voice.He started performing at a the age of 11, and later collaborated at the international level with sitar maestro Ravi Shankar, on George Harrison’s 1974 ‘Dark Horse World Tour’.

Khan’s was a family of sarangi masters from Rajasthan. He was initially tutored by his father, Ustad Gulab Khan. Later, he trained under Ustad Amir Khan, a classical vocalist of Indore gharana (school).After establishing himself as sarangi player, Ustad Sultan Khan also worked with musici…
Post a Comment
Read more
More posts