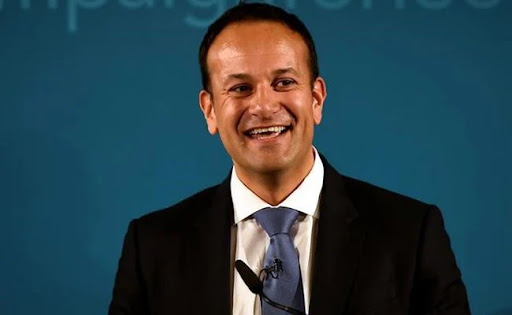 LEO VARADKAR ELECTED LEADER FINE GAEL PARTY.Posted on June 3, 2017 Leo Varadkar is set to become the Republic of Ireland’s next Prime Minister after winning the leadership of the Fine Gael party. The 38-year-old will become the first gay Prime Minister and will also be the country’s youngest ever leader. Mr Varadkar beat his rival, Housing Minister Simon Coveney, with 60 per cent of the votes to lead Fine Gael – the biggest party in the coalition government. He will succeed Enda Kenny as leader of the centre-right party within weeks. Leo Varadkar, minister for social protection, was elected on Friday as leader of Ireland’s Fine Gael, the country’s biggest political party. Varadkar secured 60 percent of the total weighted vote in the contest while his only rival Simon Coveney, minister for housing, planning, community and local government, only took 40 percent. Varadkar will succeed Enda Kenny, who has been taoiseach (prime minister) since 2011 and leader of the ruling party since 2002…
Post a Comment
Read more
More posts