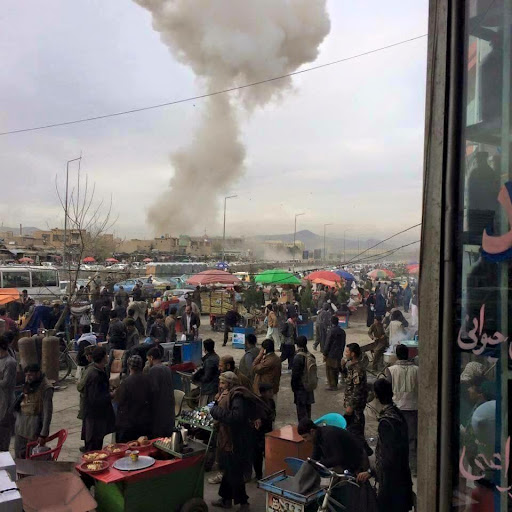 Explosion in KabulFEBRUARY 27, 2016| EDIT A bomb explosion rocked the Kabul near the defence ministry on Saturday. This explosion is  hours after a suicide bomber killed at least 11 people in the eastern province of Kunar. Interior ministry spokesperson Najib Danish said it was not yet clear what caused the blast but casualties were feared. The explosion took place at around 3:25 p.m. local time within the limits of 2nd municipality district.Local media says it was a suicide bombing at the MoD entrance gate.
At least two people have been killed and 12 others wounded, Pajhwok Afghan News reported, citing an unnamed source.Ambulances rushed to the scene, transferring injured people to Kabul hospitals. 0PMModi addressing a Kisan rally in Belgaum.FEBRUARY 27, 2016| EDIT
Post a Comment
Read more
More posts