UN to investigate DR Congo attack on peacekeepersON JANUARY 6, 2018 BY NARESH SAGARLEAVE A COMMENTEDIT United Nations has set up a special investigation of the attack that killed 15 UN peacekeepers and wounded 43 others in the Democratic Republic of Congo last month. The December 7 attack in the Beni territory of North Kivu province was one of the worst to target UN peacekeepers in recent history in the central African Country. A UN statement said Secretary-General Antonio Guterres appointed Dmitry Titov, a Russian national who has worked in UN peacekeeping to lead the special investigation that will also look into other attacks against peacekeepers in that area. Two planes collide Toronto’s airport runwayON JANUARY 6, 2018 BY NARESH SAGARLEAVE A COMMENTEDIT Naresh Kumar Sagar‏@Nksagar
Post a Comment
Read more
January 05, 2018
Japanese firms record in M&AON JANUARY 5, 2018 BY NARESH SAGAREDIT Japanese companies made a record number of mergers and acquisitions last year according to a private-sector survey. Japan’s exports to grow this year, led by strong global demand. They also say consumer spending will moderately rise, because of an improved job market. Ten think tanks project Japan’s gross domestic product will expand 1 to 1.3 percent in price-adjusted real terms in fiscal 2018, which starts in April.Japan’s economy began picking up in December 2012. Tokyo-based M&A broker Recof says Japanese firms made 3,050 transactions in 2017. That’s an increase of about 400 from 2016. But the total amount of money spent was down 21 percent as many of the deals were small. Takeda Pharmaceutical acquired US drug maker Ariad Pharmaceuticals for about 5.4 billion dollars.Softbank Group invested about 5 billion in Chinese ride-sharing company Didi Chuxing. Experts are of the opinion Many firms invested in start…
Post a Comment
Read more
January 05, 2018 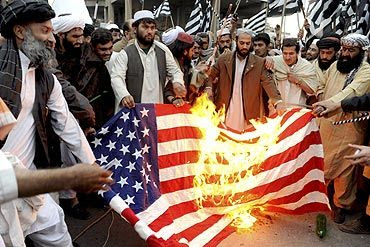 US suspends all financial aid to Pak :ON JANUARY 5, 2018 BY NARESH SAGARLEAVE A COMMENTEDIT Toughening its stance, the US today suspended more than USD 1.15 billion security assistance to Pakistan for failing to take “decisive actions” against terror groups like the Afghan Taliban and the Haqqani Network operating from its soil. The freezing of all security assistance to Pakistan comes after President Donald Trump in a New Year’s Day tweet accused Pakistan of giving nothing to the US but “lies and deceit” and providing “safe haven” to terrorists in return for USD 33 billion aid over the last 15 years. The suspended amount also include USD 255 million in Foreign Military Funding for the fiscal year 2016 as mandated by the Congress. In addition, the Department of Defense has suspended the entire USD 900 million of the Coalition Support Fund money to Pakistan for the fiscal year 2017 and other unspent money from previous fiscal years. “Today we can confirm that we are suspending nationa…
Post a Comment
Read more
More posts