Singhvi renominated as Par Comm Chairman on Lokpal
Abhishek Singhvi was reappointed Chairman of the Parliamentary Standing Committee on Personnel, Public Grievances and Law and Justice, paving the way for early consultations over the Lokpal Bill.
The 31-member Committee is among the several Parliamentary Committees reconstituted by Speaker Meira Kumar in consultation with Rajya Sabha Chairman Hamid Ansari. RJD chief Lalu Prasad Yadav and Manish Tewari of Congress from the Lok Sabha and Amar Singh from the Rajya Sabha are among those renominated to the Committee which has been asked to give its report within three months.
Post a Comment
Read more 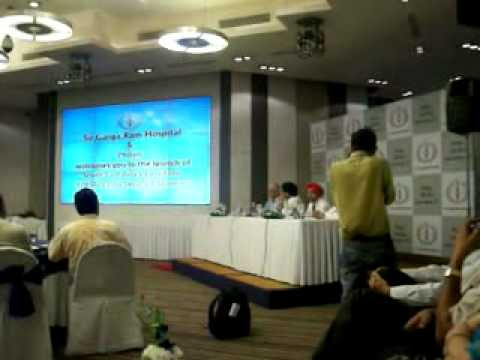 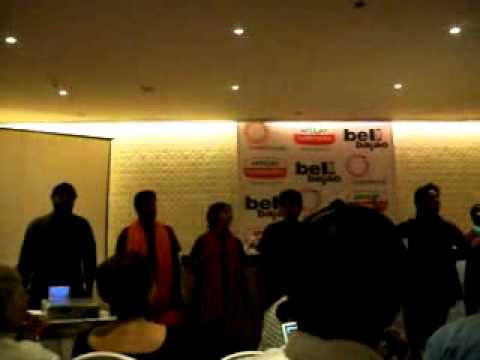 This is the first opportunity for Burmese to attend an AIPA meeting. The MPs will submit papers on politics, economics, social affairs, forming institutions and women’s affairs during the seven-day conference, scheduled to begin September 18.

Petrol Prices flares by 3.14 per litre

September 15, 2011
Government-owned oil firms have raised petrol prices by 3.14 rupees per liter . A top executive of Indian Oil told AIR that the hike will be effective from midnight. With this, petrol in Delhi will now cost 66.84 rupees a litre. Top Executives of the three oil marketing Companies, Indian Oil, Bharat petroleum and Hindustan Petroleum said that the oil firms were incurring losses of around 2850 crore rupees on petrol. Besides this, an official of Oil Ministry said that the three firms are losing 263 crore rupees per day on selling diesel, domestic LPG and kerosene below cost.

Our Correspondent reports that State owned Oil companies started suffering more losses following increase in the cost of crude oil and depreciation of rupee in the international market.
Post a Comment
Read more

Petrol prices may go up by Rs 3 a litre

September 15, 2011
Petrol prices may go up by Rs 3 a litre as rupee weakens-State-owned oil firms may have to raise petrol prices by as much as Rs 3 per litre as the rupee touched two-year low against the US dollar, increasing the cost of importing crude oil.

"Oil retailers are losing Rs 2.61 per litre or Rs 15 crore per day on sale of petrol. Together with local taxes, the hike needed to level domestic rates with international prices is about Rs 3 per litre," a top government official said on Wednesday.

IOC, BPCL and HPCL have lost Rs 2,450 crore this fiscal on selling petrol -- whose rates were freed from government control in June last year -- below the cost.

"At current rate, oil firms will accrue another Rs 2,850 crore of loss on sale of petrol, taking the total loss on a fuel that was freed from control, to Rs 5,300 crore for the full fiscal," the official said, adding, "Oil firms will have to take a call on raising petrol price soon."

No SC order on Modi,

September 12, 2011
No SC order on Modi, magistrate asked to decide

In a relief to Gujarat CM Narendra Modi, the Supreme Court refused to pass any order on his alleged inaction to contain the 2002 Gujarat riots after the Godhra carnage and referred the matter to the concerned magistrate in Ahmedabad for a decision.

A three-judge bench headed by Justice D K Jain on Monday directed the SIT, which is probing the riot cases, to submit its final report before the magistrate who was asked to decide whether to proceed against Modi and 63 others, which includes senior government officials.

The bench made it clear that there was no need for it to further monitor the riot cases.The bench also comprising justices P Sathasivam and Aftab Alam said in case the magistrate decides to drop proceedings against Modi and others, he has to hear the plea of slain MP Ehsan Jafri's widow Zakia Jafri, who had filed a complaint against the Gujarat Chief Minister.The court passed the order on a petition by Zakia Jafri alleging…
Post a Comment
Read more

September 11, 2011
BJP on Saturday announced Bhuvan Chand Khanduri would replace Ramesh Pokhriyal Nishank as the Chief Minister of Uttarakhand state.After two long rounds of talks with Nishank, the BJP top brass convinced him to step down from the post of Chief Minister in the wake of a series of alleged scams against his government.

"Keeping in view the forthcoming elections in Uttarakhand, BJP has decided for a change of leadership in Uttarakhand. B C Khanduri will be the new chief minister of the state. The decision will be endorsed by the party MLAs at a meeting in Dehradun tomorrow," party president Nitin Gadkari told reporters after a four-hour meeting.

He was flanked by Nishank and party general secretary Ananth Kumar.

"It was conveyed to Nishank that the party wants a change of leadership in view of the elections. There have been some allegations in the media that there are cases of corruption against him.

The party wants to make it clear that there are no charges against him,&quo…
Post a Comment
Read more
More posts