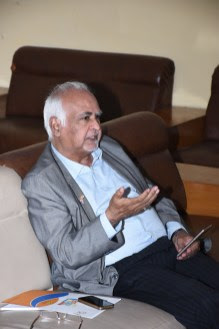 GERMAN BILL TO VOTE ON GAG SOCIALMEDIA HATEPOSTS ?JUNE 24, 2017LEAVE A COMMENTON GERMAN BILL TO VOTE ON GAG SOCIALMEDIA HATEPOSTS ? The German Media Gagged The legislature in German parliament is soon  to ride ,gag an scuttle the media at large with such massive fine for fake news or hate speech is incongruous for media fraternity as the news are not always from the grass root,or primary,first  source, but is from various tale told in form of accounts and depend on the intellect and wisdom of the conveyor accounts  thus news are likely to be essentially  some percent of falseness. Media being targeted for their imperfect stance with such massive fine i unpalatable and against human rights. Germany’s governing parties have cleared the way for parliament to vote on legislation designed to get illegal content such as hate speech or defamatory fake news removed quickly from social networking sites. The legislation provides for fines of up to €50 million for sites that fail to remove such …
Post a Comment
Read more
More posts