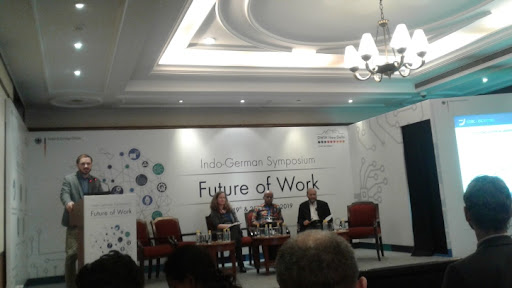 UNSC:Masood Azhar global terrorist Big vicyory for PM Modi a diplomatic win for India, Jaish-e-Muhammad chief Masood Azhar designated as a global terrorist by United Nations. Masood Azhar is the leader of Jaish-e-Mohammed (JeM), which carried out a suicide bombing in February killing 40 troops in Indian-administered Kashmir. Union Home Minister Rajnath Singh on UNSC listing #MasoodAzhar as a Global Terrorist: In India’s fight against terrorism, this is an important achievement. For the last one decade, India was making diplomatic efforts towards this goal. It’ll help bring Masood Azhar&JeM to justice. The UN move comes after China dropped its objection to the listing. India hailed it as a diplomatic victory. Masood Azhar will be subject to an assets freeze and a travel ban. “Big, small, all join together. Masood Azhar designated as a terrorist in @UN Sanctions list. Grateful to all for their support,” Syed Akbaruddin, India’s ambassador to the United Nations, tweeted. at May 02, 2…
Post a Comment
Read more
More posts