Showing posts from February 16, 2014
Show all
February 21, 2014
Iran, P5+1 Group of nations continue talks The six major world powers - US, UK, France, Russia, China plus Germany have agreed on a framework for talks leading to a comprehensive nuclear deal. The lead negotiator for the P5+1 group and the EU foreign policy chief Catherine Ashton said the two sides have agreed a timetable and framework agreement. The two sides will meet on a monthly basis at the level of Iranian foreign minister and Catherine Ashton till June. The next meeting will be held in Vienna on March 17 after a meeting of technical experts in early March. At a press conference in Vienna she said that they have identified all the issues that need to be addressed to reach a comprehensive and final agreement.

Iran and P5+1 Group of nations were engaged in talks in Vienna over the past three days on a joint action plan leading to a comprehensive deal over Iran’s controversial nuclear program. The Joint Plan of Action was signed by Iran and P5+1 group of nations in…
Post a Comment
Read more
February 21, 2014 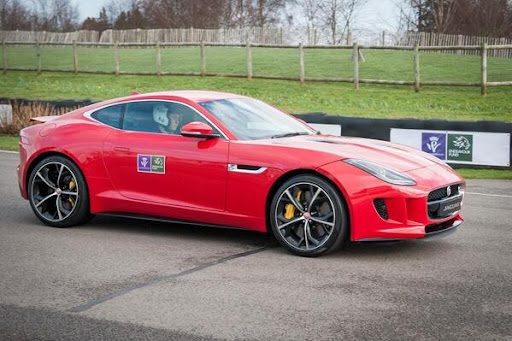 Supreme Court has taken serious view of the Sahara group not refunding 20,000 crore rupees of investors money despite its order.

The Apex Court has asked Sahara chief Subrata Roy to be personally present before it and allowed SEBI to go ahead with the sale of companies' properties.

A bench of Justices K S Radhakrishnan and J S Khehar also directed three directors of Sahara group companies to appear before the court on the 26th of this month. The bench also asked SEBI to sell the properties of the group whose sale deeds were handed over to the market regulator to recover the money. It said, SEBI can put those properties on auction and get the money. The apex court in its judgement of August 31, 2012, had directed SEBI to attach properties and recover the money.
Post a Comment
Read more
February 21, 2014

Press Contact: Laureen Cheran Adobe Systems Incorporated +91-9999010098 lcheran@adobe.com Ritu Tanwar The PRactice +91-9311459660 ritu@the-practice.net Indian knowledge workers want to extract more value from their PDFs: Adobe survey reveals unfulfilled potential New Delhi, India — February 20, 2014—Adobe India today revealed findings of a survey conducted to understand the usage pattern and benefits provided by Adobe Acrobat, the industry standard for PDF software. The study reiterated Acrobat’s ubiquity in document management with over 95% rating it as highly productive for their workflows. The study also revealed new insights into features Indian knowledge workers are keen to use in the near future. The survey shows Indian knowledge workers are yet to realize the full potential offered by Acrobat with a vast knowledge gap on the range of features that Adobe Acrobat offers professionals. Some examples are: ·Digitally signing documents: Only 28% sign documents digitally at present…
Post a Comment
Read more
February 20, 2014
Coaches stress on importance of confidence and freedom at the Airtel Rising Stars final trials

The names of 11 selected players will be announced on Feb 21
Mumbai, 20 February 2014: The final trials of Airtel Rising Stars 2013-14, India’s largest under-16 soccer talent hunt got off to an outstanding start on Day one with 23 selected participants being out through the paced by Manchester United coaches at Mapusa’s Duler Stadium today. The camp marks the culmination of an intensive six-month talent hunt conducted in seven cities with the support of state and district football associations.
On Day one of the two-day trials that were conducted at the stadium and in an indoor arena, coaches stressed on the importance of confidence and freedom in football. They also briefed participants on playing their individual game, and displaying their distinguishing strengths and expertise. The entire group was divided into four teams of five players each and 5 vs 5 conditioned games were he…
Post a Comment
Read more
February 19, 2014

Kiev clashes
Updated on : 19-02-2014 04:16 PM As thick black smoke rose from the barricades encircling the protest camp in central Kiev on Wednesday, the Ukrainian president blamed opposition leaders for the deadly violence in which at least 25 people died and 241 were injured. The violence yesterday was the worst in nearly three months of anti-government protests that have paralysed Ukraine's capital in a struggle over the identity of a nation divided in loyalties between Russia and the West, and the worst in the country's post-Soviet history.Amid cries of "Glory to Ukraine!" and with flaming tires lighting up the night sky, thousands of riot police armed with stun grenades and water cannons attacked the sprawling protest camp in the centre of Kiev.With the boom of exploding stun grenades and fireworks nearly drowning out his words at times, opposition leader Vitali Klitschko urged overnight the 20,000 protesters to defend the camp on Independence Square that has bee…
Post a Comment
Read more
February 19, 2014
Intel news aroundPosted onFebruary 19, 2014bysagarmedia Bahrain protester convicted of killing policeman sentenced to death
A court in Bahrain on Wednesday sentenced a Shiite protester to death and jailed six others for life after they were convicted of killing a policeman a year ago, AFP reported. Two others were sentenced to five and six years in prison respectively on similar charges. Police officer, Mohammad Atef, died on February 14, 2013, after he was hit by a petrol bomb during clashes with protesters in a village near the capital.
11:36 7 people killed, 128 wounded in Beirut twin blasts
At least 7 people were killed and 128 wounded in the twin blasts in Beirut’s Bir Hasan neighborhood on Wednesday morning, the Daily Star newspaper reports, citing Lebanese security sources. Seven people are in “critical condition,” the country’s Red Cross said. Twin suicide car bombings targeted the Iranian Cultural Center in a busy Beirut suburb Wednesday. The Al-Qaeda-linked Abdullah Azzam Br…
Post a Comment
Read more
More posts