Shri Azad said that India is blessed with well-developed systems of traditional medicine which hold tremendous potential in the global health scenario. “It is heartening to know about the interest of Madam Prime Minister in Ayurveda and medicinal plants. Trinidad and Tobago, which has a rich population of people of Indian origin (about …
Post a Comment
Read more

January 06, 2012
Iran says it is not concerned about EU moves to ban Iranian oil imports and will withstand any such pressure as it has done in the past.

Meanwhile, Britain has said any attempt by Iran to close the Strait of Hormuz would be illegal and would not succeed.

British Defence Secretary Philip Hammond said in Washington that British naval forces would continue to play a part in maintaining security in the Gulf.

Iran’s Foreign Minister Ali Akbar Salehi said that his country will survive the sanctions imposed by European Union and the other Western measures.

He was addressing a televised press conference with Turkish Foreign Minister Ahmet Davutoglu in Teheran.

This year the theme of Women's Science Congress is 'Women in Science and Science for Women'. Thousands of women scientists have congregated in Odisha's capital to participate in the Congress.Chief Minister of Delhi, Sheila Dikshit, Union Minister of State for

GOPIO joins hands with the Department of Study Abroad Program at the Gujarat University to organize a conference with the theme, INDIA DIASPORA - Inter Linkage and Synergy at Gujarat University campus in Ahmedabad on January 12 and 13th, 2012. See announcement below:

The impact of Indian Diaspora has motivated its homeland to map its history and factors for migration. Concerns for economic, political, cultural and social engagements of Indian Diaspora have been widely shown in the society. It has also brought sociologists and researchers to look into the process of migration and have found themselves into pondering upon the trends of Indian Diaspora.
The considerable presence of the Indian Diaspora in almost all parts of the world and its insistence upon sending success stories back home in spheres inspired homeland India to connect India with her Diaspora with renewed passion. This conference will look into the cultural, social, economic and political s…
Post a Comment
Read more

January 04, 2012
FICCI Technical Meet on “INDUSTRIAL FUEL SWITCHING” (Focuson fuel switching in equipments like industrial boiler, furnaces, ovens, dryers etc)
19-20 JANUARY 2012, NEW DELHI   &   24-25 JANUARY 2012, CHENNAI (Non-residential program))
The ever increasing prices of Industrial Fuels have been felt acutely in various industrial sectors which is directly affecting the economic competitiveness, especially energy intensive industries. Switching to alternate fuels is an important solution to this problem, both long term conversion to other fuels and short term fuel flexibility, which allows switching between fuels as and when required as per the market conditions and availability.
For various reasons like non-availability of the currently used fuel, cost of the existing fuel vs. alternate fuel, due to the economics of substituting to a cheaper fuel, many industries are looking for switching over from one fuel to other. But the technical fundamentals are less known to the industry managements …
Post a Comment
Read more

Amnesty to Thaksin would spark conflict:Abhisit

January 04, 2012
Thai Opposition leader Abhisit Vejjajiva said the government should instead focus on tackling corruption and reviving the economy, which has been dealt a blow by the flood. He said the prices of basic commodities and energy had gone up and needed the government's attention. The matter will be raised when the House of Representatives meets today. He warned the Yingluck Shinawatra government against amending the controversial lese-majeste law or granting amnesty to fugitive former prime minister Thaksin Shinawatra, saying such moves would spark conflicts in society."I have always stressed that whatever issue causes conflict or is problematic should be set aside so that Thai society can have a chance to move forward. Those in politics should just remain still and do our best job. Do not think that it's bizarre because society can move by itself. The PM has said she will stay for a full term, and I think she can if she doesn't cause troubles," said Abhisit, who also …
Post a Comment
Read more

January 03, 2012
SHARM EL-SHEIKH: Egypt goes to vote on Tuesday in the final round of a historical post-revolution election.Revolution has propelled Islamist movements into the centre stage of politics,15 million eligible voters have their chance to cast ballots for the first parliament since an uprising overthrew veteran president Hosni Mubarak last February.

Poll booths find small queues began to form outside polling stations which opened at 8:00 am  in nine of the country's 27 provinces, including the Nile Delta, the south and the tourist resorts of South Sinai, with voting taking place over two days.Voters had to pass through metal detectors before entering polling stations in the Red Sea resort of Sharm el-Sheikh, tourist mecca and site of Mubarak's second residence.

After dedicating the facility to the nation, Patil witnessed the simulation of a Polar Satellite Launch Vehicle (PSLV) rocket launch in the control centre and interacted with the space scientists, including state-run Indian Space Research Organisation (ISRO) chairman K. Radhakrishnan.“The chairman briefed the president on the Indian space programme and explained the space agency’s various activities through a powerpoint presentation,” ISRO said in a statement released here.Patil also visited the first launch pad to witness the assembly activities of PSLV-C19 scheduled for launch early this year.Andhra Pradesh Governor E.S.L. Narasimhan, Minister of State for Personnel V. Narayanasamy and state officials were present on the occasion
Post a Comment
Read more 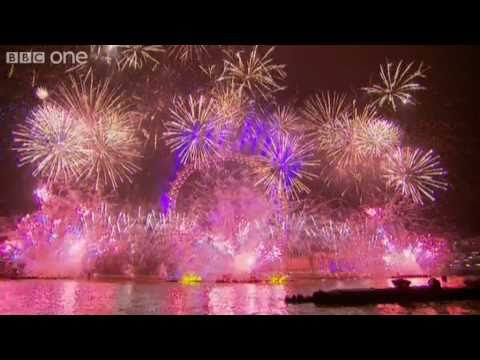 There was no immediate information about abnormalities at nuclear reactors including those of the crippled Fukushima Daiichi power plant, Kyodo News agency reported.
Post a Comment
Read more
More posts