Showing posts from April 8, 2018
Show all
April 13, 2018
Ace shuttler Kidambi Srikanth becomes World No 1ON APRIL 13, 2018 BY NARESH SAGARLEAVE A COMMENTEDIT Ace Indian shuttler Kidambi Srikanth today became World number 1 in men’s singles category after Badminton World Federation updated its weekly rankings. He overtook World Champion Viktor Axelsen at the top of rankings with 76,895 points. Srikanth has now become the first Indian male shuttler to achieve the feat in modern ranking system. He joins Saina Nehwal to become only the second Indian to achieve the feat. Twenty-five year old Srikanth had missed out on the chance to become No. 1 in the world last year after suffering an injury. Roll-out of E-Way Bill system for Intra-State movement of goodsON APRIL 13, 2018 BY NARESH SAGARLEAVE A COMMENTEDIT GST Council, e-Way Bill system for all inter-State movement of goods has been rolled-out from 01stApril, 2018. E-way Bill system for Intra-State movement of goods in the State of Karnataka is also operational from the said date.  E-Way Bills a…
Post a Comment
Read more
April 12, 2018 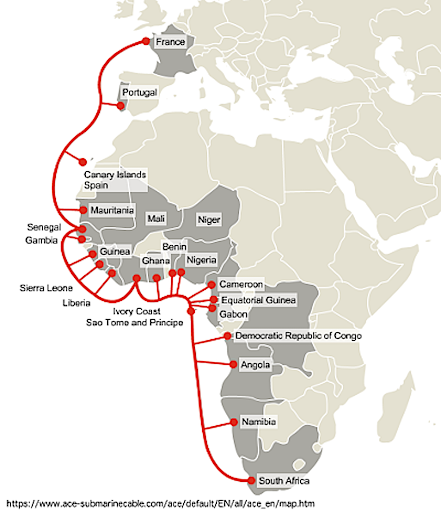 Mauritania, was taken offline for two daysON APRIL 12, 2018 BY NARESH SAGARLEAVE A COMMENTEDIT An entire country, Mauritania, was taken offline for two days because an undersea cable was cut. The 17,000-kilometer African Coast to Europe submarine cable, which connects 22 countries from France to South Africa, was severed on March 30, cutting off web access partially or totally to the residents of Sierra Leone and Mauritania. It also affected service in Ivory Coast, Senegal, Equatorial Guinea, Guinea, Guinea Bissau, Liberia, Gambia, and Benin, according to Dyn, a web-infrastructure company owned by Oracle. (Oracle Dyn) It is not clear how the cable was cut. But the government of Sierra Leone seems to have imposed an internet blackout on the night of March 31 in an attempt to influence an election there. There had not been a significant outage along the cable in the past five years. Loss of service to Mauritania was particularly severe, as the Dyn chart below shows. “The most significant…
Post a Comment
Read more
More posts