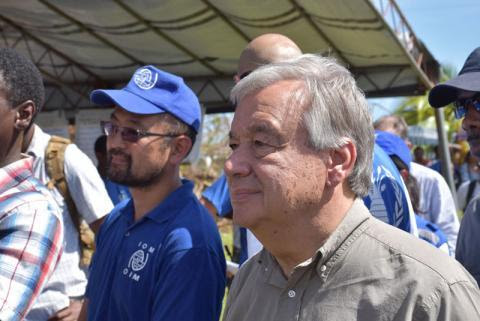 African Union:Trump must apologiesON JANUARY 13, 2018 BY NARESH SAGARLEAVE A COMMENTEDIT The organisation representing African countries has demanded that US President Donald Trump apologise after he reportedly made outrageous words against the nations of the continent. The group’s mission in Washington DC expressed its shock, dismay and outrage and said the Trump administration misunderstood Africans. The US leader made the alleged remark in a Thursday meeting on immigration. Mr Trump yesterday tweeted that his language he used at the private meeting with lawmakers to discuss immigration legislation had been tough. But he added that the words attributed to him were not the language used. He has been backed by two Republicans who were at the White House meeting, but Democratic Senator Dick Durbin said Mr Trump did use the outrageous words against African countries several times and used racist language. The 55-nation African Union condemned the remarks yesterday, while a statement fro…
Post a Comment
Read more
More posts