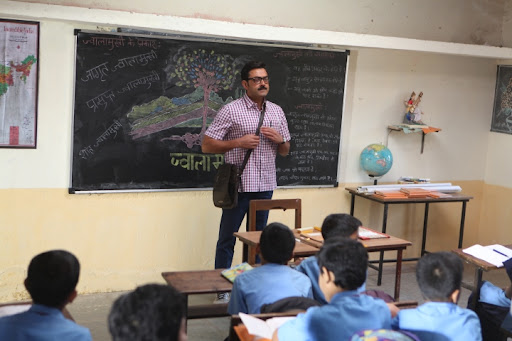 BOBBY DEOL’S ‘SHUDDH HINDI’ WORKSHOP STARTED WITH THE GAYATRI MANTRA!AUGUST 10, 2017LEAVE A COMMENTON BOBBY DEOL’S ‘SHUDDH HINDI’ WORKSHOP STARTED WITH THE GAYATRI MANTRA! The recently released trailer of Poster Boys starring Sunny and Bobby Deol along with Shreyas Talpade in the lead, was a rage amongst audiences who absolutely loved the light hearted comedy it showcased.
One of the most interesting aspects to watch out for, is Bobby Deol’s ‘shuddh hindi’ rant against the people who put up their posters all around the city. A source close to the makers of the film told us that Shreyas Talpade and writer Bunty Rathod had personally taken an initiative to coach Bobby. It was a process that Bobby had to follow, which would start off with him reciting the Gayatri Mantra in the morning followed by reading authentic Hindi newspapers on a daily basis in order to improve his diction. The workshop was extensive and went on for a fortnight, the outcome as we saw in the trailer is definitely ap…
Post a Comment
Read more
More posts