Showing posts from November 6, 2011
Show all

In the recent past some path-breaking, innovative and meaningful steps have been initiated by the MOC culminating in schemes which not only aim at involving the underprivileged sections of the country in the cultural processes, but also supporting deserving artists as well as sustaining research and development in the field. Details of some of these new initiatives as well as landmark achievements are as below: 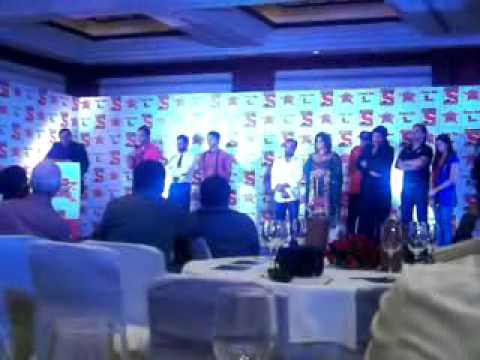 Celebration on 150th anniversary unification of Italy : Embassy of Italy in India

November 11, 2011
Celebration on 150th anniversary unification of Italy : Embassy of Italy in India

2011-11-11 05:28:41 - Nksagar-Sagar Media Inc Indian Maestro Vijay Upadhyaya includes 70 musicians and a choir of 50 artistes from the Neemrana Music, Foundation. Celebration on 150th anniversary unification of Itlay in India organized by Embassy of Italy in India

Celebration on 150th anniversary unification of Itlay in India organized by Embassy of Italy in India find right time for Fusion of Indian -Italian young musicians and artistes from India are collaborating with Italian musicians for the opera that is part of celebrations of the 150th anniversary of the unification of Italy organissed by the Embassy of Italy along with the Indian Council of Cultural Relations."It is a big opportunity for Italy and India to allow their artistes to get acquainted with both the cultures and this will bring people together through art," Amb…
Post a Comment
Read more

Sachin Tendulkar's on his fluent 76 to script help achieving Chasing 276 for victory, VVS Laxman (58 not out) and skipper Mahendra Singh Dhoni (0) were at the crease when India successfully completed the chase to take a 1-0 lead in the three-match series, on the fourth day of the match.

Spinner R Ashwin, total of nine for 128, including six in the second innings, also played a big role in India's triumph as he became only the third player to win the man-of-the-match award on debut.

Starting from his overnight score of 33, Tendulkar looked set to achieve the incredible feat of scoring his 100th international century till Devendra Bishoo spoilt his plan with a well-disguised googly, leaving over 10,000 spectators at the Feroz Shah Kotla stadium stunned.

The champion batsman faced 148 deliveries and spent 201 minutes, 93 of them today, during his stay at the crease. His knock was studded with 10 sweetly-timed hits to the f…
Post a Comment
Read more

No further hike in petrol prices in future:

"We expressed our sentiments to the Prime Minister and gave him a copy of the resolution adopted at the Parliamentary Party meeting held in Kolkata," said Union Minister and Trinamool Congress leader Sudip Bandhopadhyay after the 45-minute meeting with Singh.

He said the delegation had categorically told the Prime Minister that Trinamool was opposed to any decision that would lead to another rise in the prices of diesel, LPG and kerosene, as has been reported in the media.

November 07, 2011
DMK Chief M.Karunanidhi has supported UPA Government on the issue of petrol price increase. He said that his party up holds coalition Dharma and it will not come out of UPA. Answering a query, he expressed hope that his Daughter Kanimozhi will get justice in Delhi High Court in the 2 G Spectram scam case.

Meanwhile, congress today ruled out any negotiation with the alliance partners on the hike in Petrol prices. Talking to reporters in New Delhi, Law Minister and senior Congress leader Salman Khurshid said that prices are decided in accordance with the international prices of petrol and government has nothing to do with it.
Post a Comment
Read more

November 06, 2011
National Commission for Women is planning to launch a 24/7 toll-free call centre soon in a bid to provide speedy justice to victims and bring better synergy with states.

NCW Chairperson Mamta Sharma said in New Delhi, with this, all complaints can be registered online. She said, the complainants will also be given advice and guidance regarding their cases by the call centre executives, who will be employees of the NCW.

Ms. Sharma said, with the online registration of their cases, the victims would not have to come all the way to Delhi.The idea is to provide speedy relief to the victims by assuring them justice in their respective states.She said, this is why the Commission is in touch with various women organisations to properly implement this plan.
Post a Comment
Read more

George Osborne said countries such as the China were interested in the proposals, which have been pushed heavily by British Prime Minister David Cameron, but he refused to put a figure on the increase.

"The international community has also accepted that it needs to address the general global economic situation and there is a debate that has begun, but not concluded, about increasing resources to the IMF," Osborne told reporters.

"There are certainly no numbers yet and I suspect that those discussions will not conclude until tomorrow," he said, summarising day one of the G20 summit in the southern French resort of Cannes.