Showing posts from May 20, 2018
Show all
May 25, 2018
Indonesia for tougher anti-terror lawON MAY 25, 2018 BY NARESH SAGARLEAVE A COMMENTEDIT Indonesia has passed a new law that will give police more power to take pre-emptive action against terror suspects. The law was approved by the country’s parliament today, days after suicide bombings claimed by Islamic State killed more than 30 people in the city of Surabaya. Under the revised law, anyone suspected of planning an attack can be held for up to 21 days for an initial examination, instead of a week, and for up to 200 days for a formal investigation. Those convicted of smuggling explosives or other chemicals and weapons into or out of the country for terrorism will face a maximum penalty of death. Apex Courts Micro-Managing Without Expertise, BlunderingON MAY 25, 2018 BY NARESH SAGARLEAVE A COMMENTEDIT May25, 2018 (C) Ravinder Singh progressindia2015@gmail.com Uncertainty of Projects due to Judicial Interventions, Corruption and Scams are primary reasons for poverty, poor development and…
Post a Comment
Read more
May 24, 2018 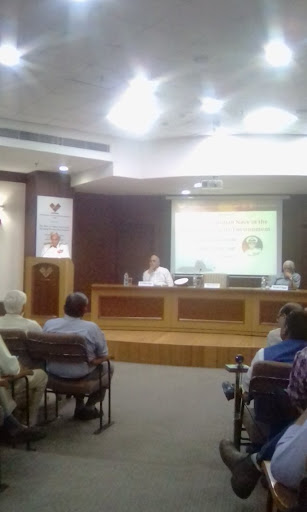 The Role of Indian Navy in the Changing Security EnvironmentON MAY 24, 2018 BY NARESH SAGARLEAVE A COMMENTEDIT Sagar Media Inc: Maritime policy Maritime deterrence is important  strategy features in Maritime its application and coordinate other force activities on sea encompasses all of Navy and other forces. Admiral Sunil Lanba gave vivid description of Navy history from Chola dynasty playing an important role and thereafter Maratha too with significant presence but later with the art of Maritime rested with Europeans and thus colonial era began. His address dwell on the global dynamic with global security strategy was the center of his elaborate address with Indian advancement in strides after rapid growth of Chinese influence in the area of maritime from 2008 onward, Indian government  from 2012 onward moved with baby steps has taken bold initiative since 2015. With the address and his tone about the national security with latest maritime weaponry, surveillance and coordination wit…
Post a Comment
Read more
More posts