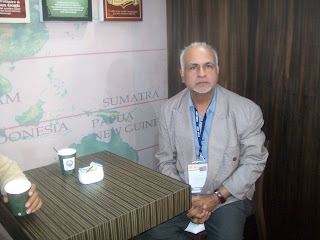 UP being the landscape of Indian politics has its own advantage of being the most populous state.With largest number of parliamentarian constituency, the mega  assembly with 403 members  has its pivotal  path of Upper house members the chunk of Rajya Sabha members.UP State in pathetic state where development needs to be taken on priority finds snail pace,therefore the dynamic of politics remain in shell of community.

Muslims,Dalits has rare opportunity of  appropriate education,health,employment are cause of impoverish state and poverty.Congress and BJP do not take advantage of party workers their leadership qualities and mass appeal in the selection of candidates.Party worker and leaders have the same complaints about the national leaders.But silver lining is that Uttar Pradesh elected more than 15% of its muslim community strength with equal record 63 Muslim legislators to the 403-member state assembly in the just-concluded elections out of which. 40 Muslim candidates of the Samajwadi Party and 14 are of BSP Congress has three and three Muslim candidates of the Peace Party and two of the Kaumi Ekta Dal were elected, as was one Independent.

Amazingly BSP dedicated works and leaders raised the same rhythm  of Maya being inaccessible and sparingly meets its dedicated comrades of their community. Mayawati former Chief Minister showered blame at the Muslims  not falling in line on her election debacle. Maya's claim that over 70 per cent of Muslims voted for the SP could be tenable as she has failed to please her insider so the rumour mill that she is not helpful for the lower community which follow sheep mentality alienated from the BSP and fell like bursting cloud on SP rostrum.

SP with its Prince Akhilesh Yadav with discipline vocabulary and diction being his maiden election has given the people of UP the hope of development  along with sense of belonging to their caste and the higher caste parties talking walking and behaving like super humans with pinch of arrogance cased their fortune in UP election.

Congress rule is under gloom,their continued arrogance can bring Mamata, Maya,DMK Jaylalitha,SP with consensus candidate   for the top post can overturn the government at the centre.Three important political events has to take place, Election Commission of India, notification to be issued March 12 for 58 Rajya Sabha members retiring across 15 states, the election of Rajya Sabha members, second ensuing election in state of Karnataka Gujarat, and Himachal and finally the election of President of India,the key to all appointments in month of July followed with election of Vice President in August

UP politics  is the breeding ground of Indian leadership but with dynastic parties culture the new parties may emerge but retain the inner core structure is always tied with tenterhooks and thus smash into pieces in the local to national elections.